With 113 distilleries and over 2000 different brands, Kagoshima is known as the kingdom of shochu.

Shochu liquor is a distilled alcoholic beverage made from rice, barley, sweet potatoes, buckwheat and other ingredients.

It is said that the annual shochu consumption per capita (for the citizens of Kagoshima) is 27 liters.

The imo-jochu, made from satsuma-imo sweet potatoes (one of the special local products of Kagoshima), became popular throughout Japan during the shochu boom about 10 years ago.

The kokuto-jochu, distilled using brown sugar, is exclusively produced on the southern islands of Kagoshima. With a smooth and mild taste, it is popular among the ladies.

As the flavor of shochu varies according to the ingredients and yeast used, and the distillation method, even the same brewer can develop shochu with different tastes.

With 113 distilleries and over 2000 different brands, Kagoshima is known as the kingdom of shochu.

In the production of shochu there is no compromise. Each drop is made with devotion and we would love for you to come and see this for yourself.

A Guide to Shochu-kura in Kagoshima 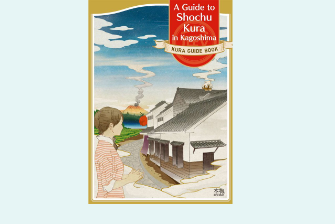 Within 'A Guide to Shochu-kura in Kagoshima' is information on 64 shochu distilleries that conduct tours or have modest facilities set up for visitors.

Next article for you